Growing up in New York City I was exposed to ethnic foods and international cuisines from a young age. While my mom might have cooked chili or burgers for us a lot, it was just as common for us to eat a bowl of pad Thai noodles, a shawarma sandwich, or even a plate of yummy chicken tikka masala. Indian food was very popular in our house, and I’ve loved it ever since. So when I’m hungry for a filling lunch and see an Indian lunch buffet for only $7.99, there’s no question that I’m going to check it out. 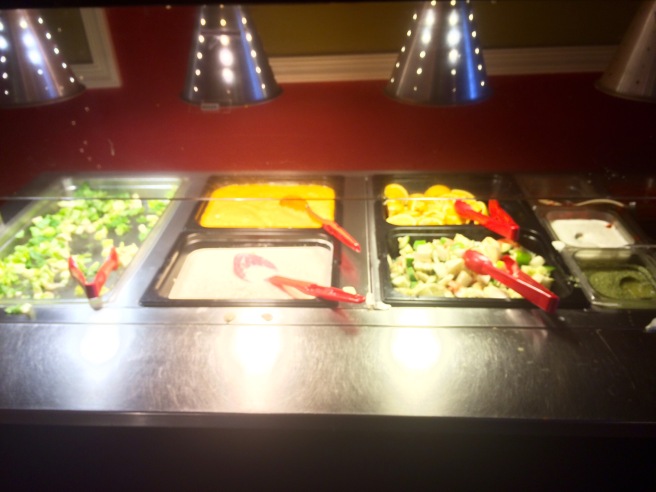 I walked into Saffron (formerly known as San Samosa) and was told I could sit anywhere I’d like. It was a weekday afternoon, so not that unusual for a good number of tables to be open, though there were unfortunately a few that were still dirty and hadn’t been turned over yet. The service seemed fine, with one person on the floor, and the interior was kind of dark. None of these things mattered though–I was there for the food! I did like the Indian Bollywood music playing in the background though. 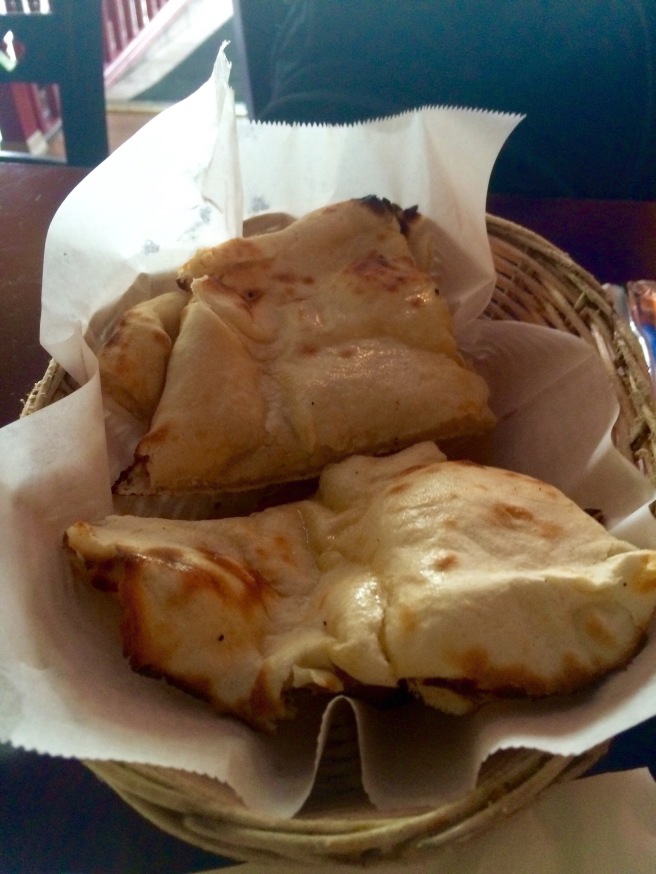 To begin, the waitress brought over a fresh basket of naan bread to the table, which I appreciated since it hadn’t been sitting at the buffet for a while. The bread was nice and hot from the tandoori oven with a crisp exterior, a chewy and slightly doughy middle, and had an overall puffiness to it that characterizes naan. It was the perfect vehicle for mopping up extra sauce on the plate. 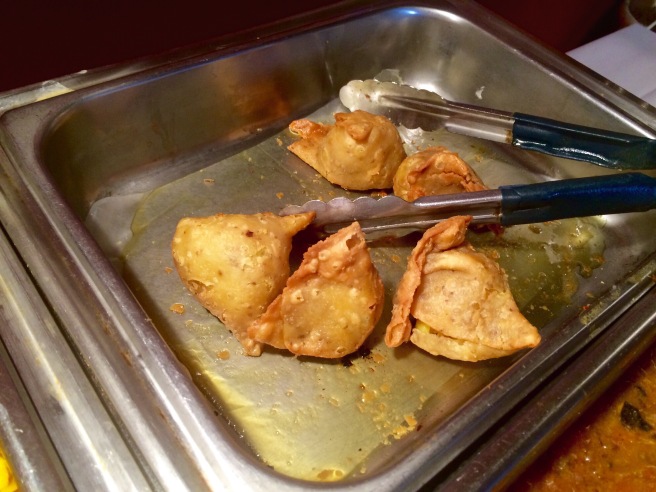 I first tried the Samosas, which are always my first pick. There’s something about fried foods that make me want to eat them first. The samosa was deep-fried with a crunchy, crispy exterior and the buffet offered an array of condiments such as mint chutney, onion chutney, tamarind sauce, hot sauce, raita, and even ranch dressing for some reason. I like to dress my samosas up with some tamarind sauce and mint chutney. The tamarind has a wonderful sweet and sour flavor that plays well against the somewhat smoky potato-based filling, and the chutney wakes up the flavors in the Indian fritter. The filling itself was tasty, though a little loose. I loved the whole peas throughout that still maintained a big of crunch.

The Aloo Cabbage isn’t something that I see on many Indian menus, but looked interesting. In fact, it was delicious. The cabbage was cooked down with tender potatoes, but still had a bit of a bite, so it wasn’t super mushy. The cabbage became almost braised in its texture, and it reminded me of an Indian play on Irish potatoes and cabbage. What really made this dish Indian were the traditional warming spices: smoky cumin, spicy curry, earthy garam masala—yum! The turmeric also lent some exotic flavor as well as a yellow-orange color. 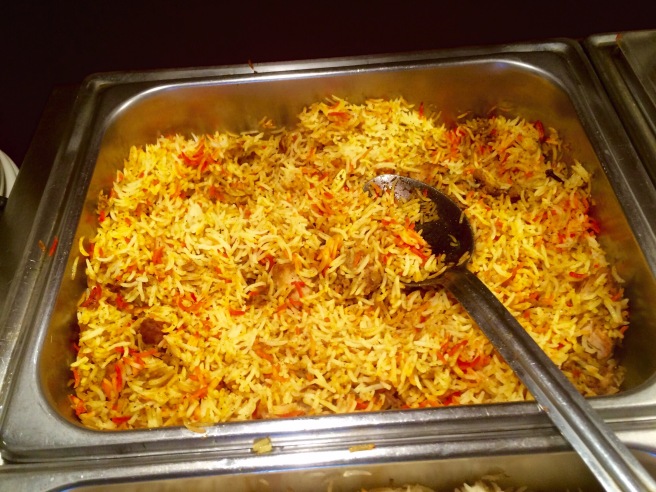 The Chicken Biryani was cooked using authentic basmati rice—you can taste the difference—with big chunks of (not dry) chicken. The dish wasn’t too sweet or spicy, but had a slight tang to it. It wasn’t the best biryani I’ve ever had, but solid for a buffet and was a great alternative to plain rice. Some hot sauce and yogurt raita made it pop more.

Chicken Tikka Masala is a classic dish in almost every Indian restaurant in America, and is usually a staple of Indian lunch buffets—this version was special though. The sauce was super smooth, but not as heavy as many cream based sauces. You could tell that it had been cooking for a while and that the flavors had time to develop. The sauce was freakin’ delicious and I could’ve eaten it by the spoon…or naan-ful. There was a building heat from the toasted spices that make the base of many Indian dishes, and it had a wonderful velvety mouthfeel. There was a deep aromatic flavor that likely came from cooked down shallots or onion. The dish still had the identifying the flavor profile of tikka masala, but was almost reminiscent of a Malaysian chicken Rendang dish.

On a side note, most of the condiments were good, but pretty standard. The Onion Chutney, though, was excellent. It had a nice abrasive heat and bite to it, as well as some acidity. It helped cut through the richness and carb-fest of the meal. It also had a satisfying crunch, and the temperature contrast was nice with the (mostly) hot dishes.

The Tandoori Chicken was perfectly cooked—I had a drumsticks—with slightly crispy skin, and the meat was moist, and got juicier the closer I got to the bone. Often I feel the need to squeeze some lime over the chicken, but not this time. There was also a slight saltiness to the meat that probably came from a brine—smart cooking since it will prevent the chicken from drying out. The tandoori oven also gave the meat a bit of a smoky and charred flavor. 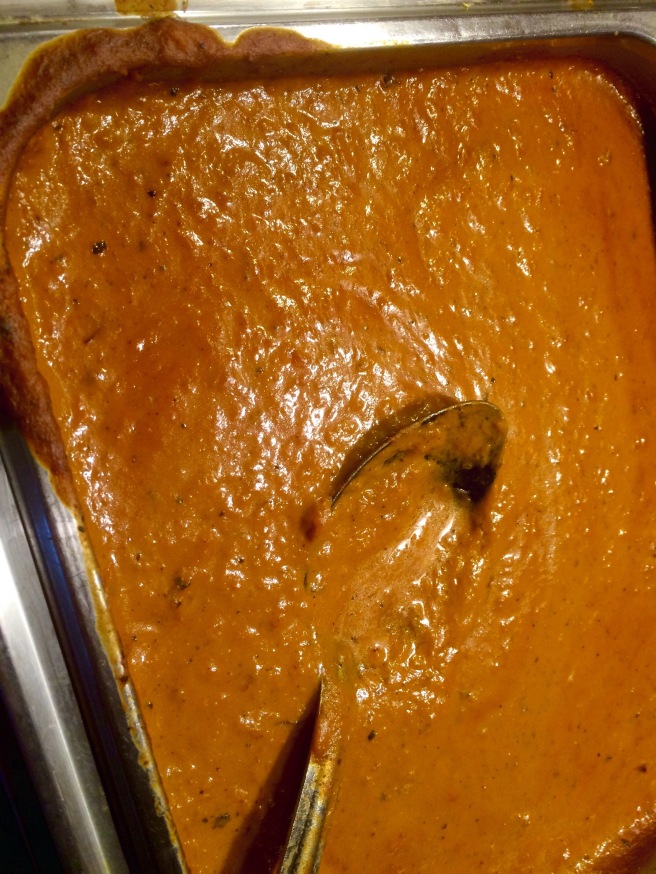 The final savory dish I sampled was the Veggie Kofta, which were torpedo-shaped kebabs of a vegetable and grain mixture. They were definitely sweeter than the other dishes, and had hints of cinnamon and cardamom. The kofta pieces were pretty meaty and held up well in the very large amount of sauce. Great dish for vegetarians as the patty mixture has a lot of protein rich ingredients. 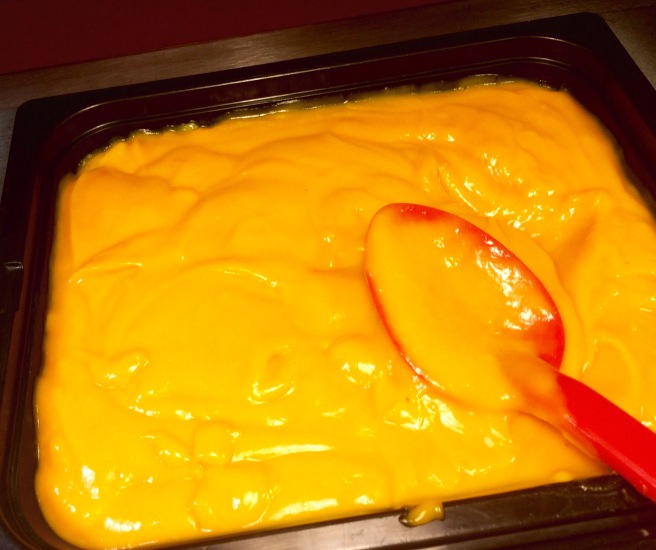 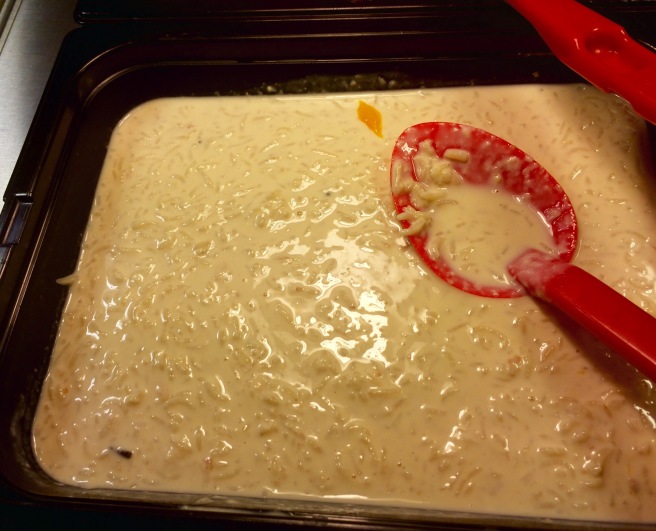 Dessert offerings were average in the amount of offerings and tasted pretty good. The Mango Pudding definitely had a strong mango flavor and was very sweet. The pudding was very tangy, but tempered by the high amount of sugar. It was also very thick and set—no soupiness. This was a serious dessert, and the flavors helped curb my craving for a mango lassi with my lunch. The Kheer, or Indian rice pudding, is a much more common buffet dessert and every place has their own spin on the sweet treat. The rice was cooked and not mushy. It also wasn’t too sweet, which was nice in comparison to the cloyingly sweet mango pudding, though it got sweeter as you ate it. It was a no frills dessert, but tasty and classic. This dish too had background notes of cinnamon, cardamom and allspice. It was a nice way to end a heavy meal. 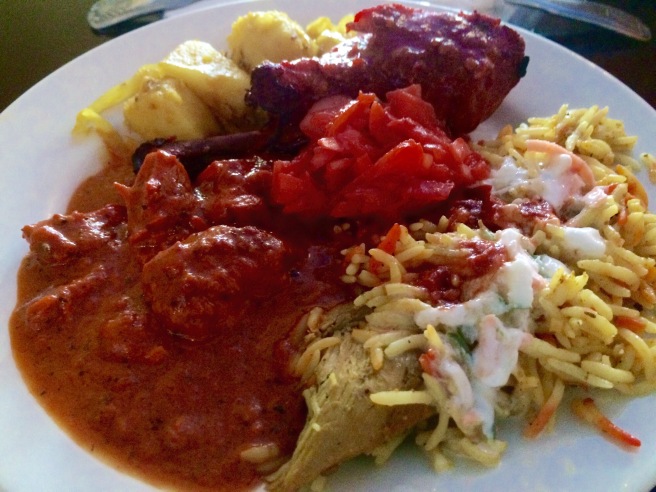 While the service isn’t the best around, the great Center City location and the tasty offerings at the lunch buffet—for only $7.99!—make this a great stop for lunch on any day of the week. Enjoy your Indian feast! अपने भोजन का आनंद लें!